It’s official the postponement for MECSPE exhibition, scheduled for 26/28 March. The new date was set from 18 to 20 June 2020. The official communication is arrived today 25 February at 15.50 directly from the organization. The postponement is made necessary, the press release cites, given the current state of uncertainty regarding Coronavirus.

Seven of our members had planned to participate, with the contribution of the European Regional Development Fund. In particular: 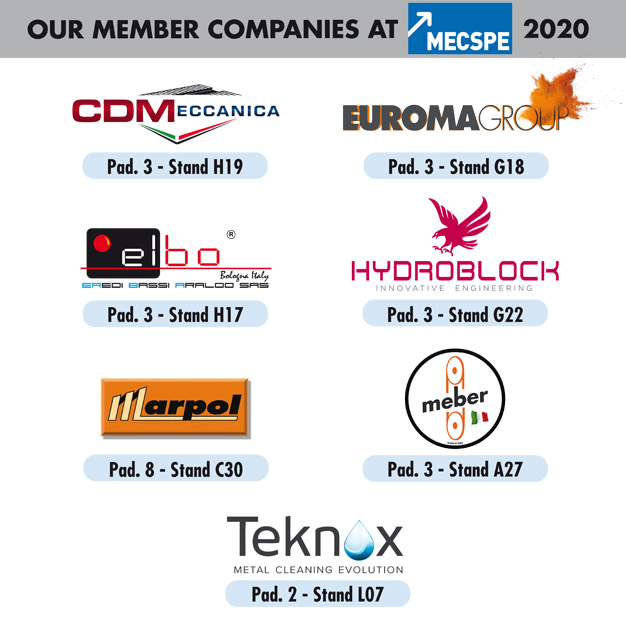 The program of initiatives, the conformation of the halls and the assignments will not be changed, says the organization, therefore all booth would be confirmed.

The communication about the events for the month of March from Piacenza to Rimini arrived yesterday afternoon 24 February in the Region after a conference call meeting between Directors and Presidents of the Fairs. The Region asked the various districts to quantify the direct and indirect losses as soon as possible, to cope with the economic fallout. Cosmoprof is expected to be moved in June, Bologna Children’s Book fair in early May, Mercante in Fiera in Parma in June, Rimini’s Enada in April or September.